Owners and occupiers and anyone in control of property, where clamping takes place, are advised to take more than a personal interest in the Vehicle Clamping and Signage Regulations 2017 (the “Regulations”).  In regulating all aspects of the clamping and release process, the Regulations place specific and detailed obligations on not just clamping operators, but also on anyone responsible for enforcement of the parking rules in both private and certain public areas. This means that in areas where clamping takes place, owners, developers, management companies and managing agents all need to be familiar with the new regime and what it means for them.

Vehicle clamping activities in Ireland are now regulated by the National Transport Authority (the “NTA”). This change came into effect on 1 June 2017 with the commencement of certain sections of the Vehicle Clamping Act 2015 (the “Act”).  Exercising its powers under the Act and with effect from 1 October 2017, the NTA has now brought in the Regulations, providing for more detailed regulation of clamping activities.

The Act and the Regulations also apply in part to state or semi-state authorities who control and manage State infrastructure eg DAA (in respect of clamping at the State’s airports), Dublin Port Company and other port, fishery and harbour authorities (in respect of ports and harbours) and CIE and Irish Rail (in respect of bus and rail stations).  As might be expected, the Act and the Regulations differentiate at times between the requirements for privately owned areas and areas controlled by state or semi-state authorities and also in terms of how they apply to public roads.

How are public roads affected by the Regulations?

What is provided for in the Regulations?

Owners and others in control of parking, whether on private or public lands, will most likely engage a clamping operator to provide clamping services, but it remains the responsibility of the owner or other parking controller to ensure that the signage required by the Regulations is complied with; that the appeals procedure is set up and available; and that clamping records are retained and information provided to the NTA, all in accordance with the Regulations. Where the NTA considers that a parking controller has not acted in compliance with the Act, it can apply to the Circuit Court for an order directing compliance.

If a parking controller fails to comply with signage requirements in the Act and the Regulations, they commit an offence and are liable on summary conviction to a class C fine (up to €2,500).  A parking controller who charges a clamp release charge or relocation charge greater than the charge displayed in accordance with the Regulations is also liable on summary conviction to a class B fine (up to €4,000). 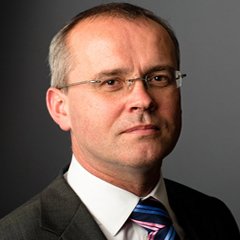