A recent judgment of the High Court emphasises the need for lenders seeking to rely on security (even where registered) to fully engage with all stages of the court process.

Mortgage suits are proceedings taken by the holder of security on property (usually a judgment mortgage or equitable mortgage) to recover a debt by forcing a sale of that property.  As part of a mortgage suit, a court may make a well charging order.

A well charging order will usually contain a:

The court may give the defendant some time to pay the debt before the order for sale takes effect.  If the defendant fails to do so, the matter proceeds to the Examiner.  This was the process followed in the recent case of ADM Londis Ltd Co v Flynn1.  ADM Londis obtained judgment against the defendant.  It registered a judgment mortgage against his property, followed by a well charging order and an order for sale.  The matter then went to the Examiner to conduct an enquiry as to incumbrances.

In 2013, following an advertisement for incumbrancers, a sitting to prove claims was listed.  AIB plc appeared as it was the holder of a mortgage on the property registered in 2009.  It was accepted that in the normal course the later judgment mortgage of ADM Londis would cede priority to the bank’s prior charge.

However, that was not the end of the matter.  The Examiner was not satisfied with the proofs submitted by AIB plc and refused to admit the bank’s claim without further information being provided.  ADM Londis ultimately obtained orders for possession and sale of the property.

After the property had been sold, the matter returned to the Examiner in 2018 to settle the Certificate of Incumbrances.  This recorded the fact that the bank’s claim had not been admitted in 2013 with the effect that the bank would rank behind ADM Londis (as judgment mortgagor) on the distribution of the sales proceeds.

The bank had taken no steps in the intervening 5 years but now brought an application to the court to discharge or vary the Examiner’s certificate under Order 55 rule 50 RSC.  It argued that its mortgage enjoyed priority, it had appeared at all relevant hearings and that at all times ADM Londis had been on notice that the bank was relying on its security.

In refusing the application, the court pointed out that while AIB had never released or waived its claim, it had been on notice that ADM Londis was progressing the proceedings and the sale of the property.  It would also have known that the distribution of the sale proceeds would be governed by the result of the adjudication of claims and incumbrances.  Nevertheless, it did not submit any further proofs to the Examiner and left the 2013 ruling stand.

The court accepted that the fact of registration of the mortgage with the Property Registration Authority was not in dispute.  However, this did not of itself relieve the bank from the obligation to prove its debt and security before the Examiner.  It could not simply assert that it was relying on its security when it knew that the Examiner had not admitted the claim.

Under Order 55 rule 50 an applicant must establish that after a certificate had become binding on the parties, there were “special circumstances” warranting its discharge or variation by the court.  There were none here.

This judgment gave rise to the unusual result of a subsequent judgment mortgage being given priority over a prior registered mortgage.  The decision underlines for secured lenders the importance of engaging fully with court processes, regardless of costs or how reasonable or otherwise a secured lender may consider the demands being made of it to be.  To do otherwise may risk a potentially more costly outcome. 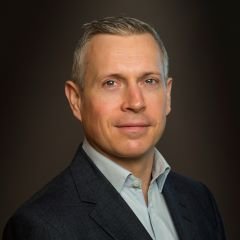