Court of Appeal Improves Protection for “Commercially Sensitive” Data, Confirming that Companies Will Not Pay a Greater Price for Doing Business with the State

The Court of Appeal has confirmed that “commercially sensitive” information such as trade secrets or sensitive market data protected by sections 35 and 36 of the Freedom of Information Act 2014 (the “FOI Act”) should not be released to the public unless this information falls within one of the specific categories requiring disclosure.

In The Minister for Communications, Energy and Natural Resources v The Information Commissioner1, the Information Commissioner had granted a journalist access under the FOI Act to a contract between the State and enet. The contract appointed enet as the network infrastructure manager and operator of the Regional Broadband Programme (not to be confused with the National Broadband Plan).

The Court of Appeal has forced the Commissioner to think again. There is no presumption in favour of disclosure for enet to overcome and there is no requirement for enet to show some exceptional prejudice to their business.

The case is interesting for its indirect recognition that access, in effect, would “amount to penalising the company for transacting business with the State. It could also act as a disincentive to any future potential bidders… i.e. knowing that all of their commercial dealing [would be] liable to end up in the public domain.”2 All companies who regularly contract with the State or semi-state companies (including those in the gas, electricity, water and telecommunications sectors) should be interested in the outcome.

In 2009, the State granted a contact to eNASC Eireann Teoranta (trading as “enet”) to maintain, manage and operate the metropolitan area networks for telephone and broadband. In essence this contract granted enet the right to sell network access to telecoms operators. In 2015, Mr Gavin Sheridan (a journalist) made a freedom of information request to the Minister for Communications, Energy and Natural Resources (the “Minister”) for access to four categories of records including this contract. When he was refused access to the contract for reasons including “commercial sensitivity”, Mr Sheridan appealed the decision to the Information Commissioner. The Information Commissioner decided to grant Mr Sheridan access to the contract. The Minister then appealed the decision to the High Court on a point of law; the case was dismissed. On further appeal, on 6 March 2019, the Court of Appeal found in favour of the Minister stating “the Commissioner erred when he approached the case on the basis that records exempt by statute were presumed to require disclosure“.

The Court accepted that the contract contained commercially sensitive information, and that the company had an interest in keeping this out of the public domain. The Court found that the Information Commissioner had applied the incorrect legal test. The contract in question fell within the FOI Act’s chapter on “Exempt Records”, in particular section 35 (dealing with information obtained in confidence) and section 36 (dealing with commercially sensitive information). Consequently, no automatic right of access to this record existed. The Information Commissioner had erred in concluding that a presumption existed that access should be granted, unless exceptional circumstances could be demonstrated to override this presumption.

It remains to be seen how the Information Commissioner will deal with fresh attempts to use the FOI Acts to obtain commercially sensitive data submitted in confidence to the State. There remains a live debate about what amount of prejudice must be suffered by a business like enet, in the public interest. All we know from the Court of Appeal is that enet does not have to go so far as to show their business will be totally undermined. While a mere confidentiality clause will never oust the FOI Acts, there was no real dispute about the commercial sensitivity of the enet contract. You should expect investigative journalists and other FOI advocates to more forcefully resist characterisation of material as commercially sensitive in future. The full judgment is accessible here.

This case can be contrasted with the recent case of Word Perfect3. That case concerned discovery in judicial review proceedings, rather than a Freedom of Information Act application, however similar issues were raised vis-à-vis the risks of commercially sensitive tendering information being disclosed to competitors. In Word Perfect, the High Court ordered discovery of a successful bidder’s tender, and was not persuaded that the successful bidder’s rights with regard to commercial sensitivity and confidentiality outweighed those of the challenger, who argued that the sight of the tender was necessary to enable it to present its case.

If you have queries on how your business could be affected by the Freedom of Information Act, please contact Brendan Slattery, Orlaith Sheehy or your usual contact within McCann FitzGerald. 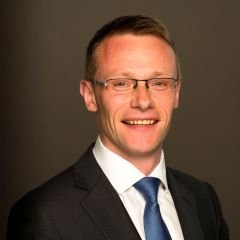 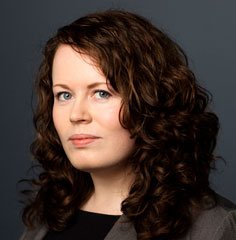 Rules of Origin Post Brexit: What you need to Know

COVID-19: The MAC and an Update on Buyer Protection in a Pandemic