Changes to Investigation of Title for Real Estate

The Law Society has issued its General Conditions of Sale 2019 Edition, which applies to real estate transactions from 1 January 2019. The main change is to the timing of the investigation of title.

Until now conditions of sale have assumed that a certain minimum level of investigation took place before contracts were entered into, with the detailed investigation following between the exchange of contracts and completion. The 2019 Edition assumes, and so now requires, a full investigation of the title before the contract is entered into, leaving only extremely limited grounds for a buyer to raise questions or object to any title concern afterwards.

The 2019 Edition is however simply keeping pace with how practice has in fact been evolving. With increasing complexity and regulation in every aspect of property ownership, practice had in fact already evolved, particularly for commercial property, to almost always involve a full investigation of title, planning and all other relevant matters before the contract was signed. The general conditions of sale, which allowed further investigation afterwards, were routinely disapplied.

In practice the impact of the change may be felt more in single residential transactions and particularly in all sales and purchases by auction, bid or tender, which would typically offer less opportunity to engage on contract terms. With the need to become fully satisfied with everything before contracts are signed, there is an increased cost risk for those types of transactions, which require a full investigation, but are less certain to lead to a binding contract.

While it might be considered the safest approach, the Law Society has stopped short of either requiring it as part of the new general conditions or recommending as a practice that a full set of searches should now be run by the buyer before contracts are entered into as well as on completion. This is on the basis that searches must still be explained on completion by the seller’s solicitors, but it is also in deference to the concern that any requirement or recommendation for a full suite of searches pre-contract would have the effect of automatically increasing the cost burden for cost sensitive transactions. Without a requirement or Law Society recommendation, the buyer is free to do the cost-benefit analysis on this for itself.

The main advantages of the new regime are that it will create more legal certainty once contracts have been signed, and also reflects actual practice. Also and as always, the general conditions are subject to amendment by special condition, so that parties remain free to contract on terms of their choosing appropriate to the risks, rewards and commercial realities of the transaction. 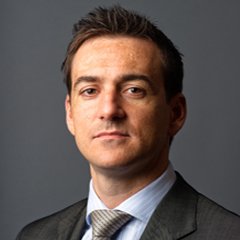 COVID-19:  How are Lenders’ Rights Affected in Ireland?