The Central Bank recently made a helpful amendment to the SME Regulations which clarifies the scope of their application.  Many lending transactions with borrowers that form part of larger groups can now take place without attracting the application of the regulations.

The type of borrower that comes within the scope of the SME Regulations1 was recently changed.2 Previously, the regulations included stand-alone definitions of “micro and small enterprise” and “micro, small and medium-sized enterprise”.  These definitions now cross-refer instead to those used in the European Commission’s Recommendation of 6 May 2003 (to which the preceding SME Code had referred).

Why Make the Amendment?

The previous definitions under the SME Regulations treated each borrower as if it were a stand-alone enterprise when assessing whether it exceeded the employee, balance sheet and turn-over thresholds that define an SME.  This led to the seemingly unintended consequence that borrowers (particularly companies), which formed part of large well-resourced groups, were classified as SMEs, notwithstanding their access to the group’s resources.  This caused some difficulty for such borrowers and for credit-providers seeking to lend to them.

In bringing the SME definitions back into line with the Commission Recommendation, borrowers and lenders can again take into account the broader context in which the borrower operates.  Helpfully, this amendment also aligns the SME Regulations with the Irish Credit Servicing regulatory regime.3

What constitutes an SME now?

The specified SME thresholds remain the same.  An enterprise in the State which:

constitutes an SME for the purposes of the regulations.  There are also lower thresholds (50 employees and either €10 million in turnover and/or balance sheet) for the sub-category of a micro and small enterprise.

However, since the amendment to the regulations, assessments of employee numbers and turnover/balance sheet data no longer need to treat the borrower as an isolated entity.  Instead it is possible to aggregate data with other entities that are “linked enterprises” (broadly, entities that form part of the same group) or “partner enterprises” (broadly, significant investors that fall short of group status) within the meaning of the Commission Recommendation.  One detail to note regarding the “partner enterprise” concept is that the Irish regulations amend how this concept is applied in Ireland.

While unamended, it is also worth noting that the following important exclusions (regularly looked to when determining whether a borrower is within the scope of the regulations) continue to be available:

This amendment to the SME Regulations allows borrowers to be assessed in a more commercially meaningful way.  It also helpfully aligns the definition in the Irish regulations with both the Credit Servicing regime and the usual European definition.  As such, the amendment should be welcomed by borrowers and lenders alike. 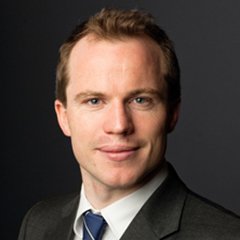