Ryanair sought inspection of documentation used by Channel 4 in the making of the Dispatches “Secrets from the Cockpit” programme, broadcast in 2013 in the context of a defamation action in respect of the broadcast. Channel 4 resisted inspection claiming journalistic privilege in respect of its sources.

Meenan J confirmed that as well as Article 10 of the European Convention on Human Rights, the Constitution recognises the existence of journalistic privilege as part of the right of freedom of expression. He said:

The court was not satisfied that Ryanair had satisfied this last test and refused to permit inspection.

It also rejected a submission by Ryanair that Channel 4 could not rely on journalistic privilege without swearing to the full details of the assurances of confidentiality given to each source. Details of such assurances could lead to the identification of a source.

Channel 4 could also withhold material provided by “open sources” identified in the programme, as the disclosure of the contents of this material had the potential to hamper the exercise of freedom of expression by a journalist.

Channel 4 had not waived privilege by “over circulation” of the documents in the making of the programme. The court recognised that the processing of information from source to broadcast necessarily involved that information going through a number of hands. The whole point of journalistic privilege was that information that was in the public interest could get from a source to the general public without that source being identified.  Here, instead of waiver, a wider group of people simply became bound by the confidentiality relating to the identity of the source or the information provided.

However, when asserting journalistic privilege there is a particular difficulty when it comes to describing a document without potentially revealing sources and a more general description of the document is acceptable.  The court was satisfied with the descriptions provided.

Meenan J also significantly confirmed that journalistic privilege protects not only the identity of the source but also information that might lead to the identification of  sources. It followed that extensive redaction of documentation might be necessary to avoid the risk of identification.

This judgment is significant for all those involved in the media. It gives a firm reinforcement of the entitlement to assert journalistic privilege and sets out the precise ambit of that privilege, while providing helpful clarification of the listing requirements in respect of such documents. 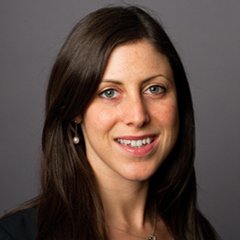