High Court Inspectors: who are they and what is their remit?

Who are High Court inspectors?

How are inspectors appointed to a company?

Inspectors can be appointed to a company in two ways.  An application to appoint one or more inspectors to a company may be brought by the Director of Corporate Enforcement (the “Director”) where he is satisfied there are circumstances suggesting the affairs of the company are being conducted in a fraudulent, unlawful or unfairly prejudicial manner to some or all of the members or creditors of the company.  The specific circumstances are set out in detail in section 748(1) of the Companies Act 2014.  If one of these circumstances is fulfilled, the Director must satisfy the court that the appointment of the inspectors would be likely to achieve the purpose of enabling facts not already known to be found.  It is within the court’s discretion to grant the application and the proportionality of the appointment is one factor that will be considered.

During the inspection process, the inspectors are afforded wide powers to investigate the affairs of a company.  These powers include expanding the investigation into the affairs of related bodies corporate, requiring the production of books or documents, and examining certain individuals about the company’s affairs, either orally or in writing.

In practice, dealing with an inspection can involve handing over significant amounts of documents.  Such handovers can be subsequent to document handovers to the Office of the Director of Corporate Enforcement (the “ODCE”), which may have used statutory powers to gather information in order to make the application for the appointment of inspectors.  Additionally, during the inspection process, officers and employees of the company, including directors, can be required to give evidence during the inspection process, which can be particularly demanding for an individual unfamiliar with a formal evidence gathering process.

As the inspectors move towards the preparation of their report, the company and individuals may be invited to make submissions, particularly in circumstances where the report is likely to make adverse findings about them.  In the National Irish Bank case, the court confirmed that, once an inspection process moves beyond information gathering alone, the fair procedures rights of individuals are engaged.

Ultimately, the significance of the inspection is in the report prepared for the High Court by the inspectors.  On receipt of the report, the court may make a wide range of orders, including for the winding up of the company.  The conclusions contained in the report are not determinative of whether offences or regulatory breaches have been committed.  The court may provide copies of the report to the various regulatory and competent authorities, which may result in further investigations or criminal prosecutions.  As stated in one of the leading English cases, “…the inspectors’ function is in essence to conduct an investigation designed to discover whether there are facts which may result in others taking action.” For individuals, possible proceedings include disqualification and restriction as a director of a company.  The report is also admissible in evidence in any future civil proceedings as proof of the facts set out.

What does the future hold?

There are currently proposals to restructure the ODCE as the “Corporate Enforcement Authority” in order to enhance its role a corporate watchdog as set out in the general scheme of the Companies (Corporate Enforcement Authority) Bill 2018.  These proposals include enhanced search powers related to electronically stored information and a new investigatory tool to permit a court to consider admitting written statements into evidence.  Our briefing note on the general scheme of the 2018 Bill is available here.

In a climate of increased focus on corporate responsibility and individual accountability, the provision of enhanced investigation powers for a new Corporate Enforcement Authority could prove to be a mandate for increased investigation of corporate governance and a possible increase in applications being made to the High Court to have inspectors appointed if the circumstances suggest that the affairs of the company are being conducted in any way unlawfully or in an unfairly prejudicial manner to some or all of the members or creditors of the company.  Those holding senior management and directorship positions on company boards would be advised to familiarise themselves with these developments. 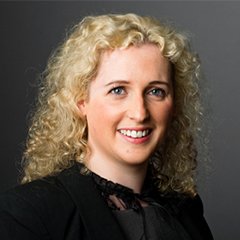 Error in Ex Parte Order could Cost the Erring party