A number of changes have arisen from the Clean Energy Package Electricity Regulation1 (the “Regulation”). Significant amongst them is that since 4 July 2019, new power generating facilities, including renewables, have ceased to be eligible for priority dispatch save where they are party to certain legacy arrangements which, in Ireland, included REFIT eligibility. Power generating facilities which undergo significant modifications may also lose their entitlement to priority dispatch unless such modifications are noted in the relevant appendix to the SEM Committee’s (“SEMC”) decision on the point. The Regulation requires that save for priority dispatch units, dispatch must be non-discriminatory, transparent and market-based.

We are now beginning to see renewables projects which do not benefit from these legacy arrangements progressing, including RESS 1 projects. However, in the absence of priority dispatch, there has been a degree of uncertainty about how such renewable generators would be accommodated in the SEM.

On 23 April 2021, the SEMC published a proposed decision paper (the “Paper”) on the implementation of these aspects of the Regulation in the SEM.

The SEMC identified three categories of units affected by the removal of priority dispatch by the Regulation:

The Paper proposes that units in Category 1 will be treated as any other dispatchable non-renewable unit is presently treated. For units in Category 3 (which are predominantly smaller units) there are few options due to their non-controllability and, accordingly, their treatment will remain unchanged.

The most interesting category is Category 2 which includes many wind farms and solar farms. For Category 2, the SEMC is of the view that such units will be required to register as dispatchable and to submit Physical Notifications (“PN”) and Commercial and Technical Offer Data (“COD” and “TOD”) in so far as it is applicable to them. No change to the timing of submission of PNs for different units is envisaged (it had been suggested that allowing renewables to submit PNs later would lead to greater accuracy) but the SEMC requests that the transmission systems operators (“TSOs”) and the Single Electricity Market Operator (“SEMO”) review any changes that may be required to PNs, COD or TOD from a system perspective.

The Balancing Market reflects actions taken by the TSOs to keep the system in balance. Such actions are taken by the TSOs to address differences between the market schedule (the schedule developed in advance for the dispatch of generators) and actual supply and demand along with other matters including congestion management and system security requirements.

Given that to date all renewable units have benefited from priority dispatch, subject to constraint and curtailment, all output available from such units was dispatched in any given period. However, for new renewables units (in Categories 1 and 2) which do not benefit from priority dispatch, it is now proposed that they be subject to energy balancing actions on an economic basis by the TSOs like any other unit in the market. Plainly, it will be important for project developers and funders to understand the economic impact of these TSO actions and how they will be compensated for dispatch away from their FPNs.

The detail of the ruleset with regard to these points will be interesting and may impact on the terms of PPAs for non-priority dispatch renewables. The Paper also does not give clarity as regards the ability of renewable units (particularly RESS supported projects) to manage negative pricing.

Approach to Constraint and Curtailment

The Paper states that the SEMC’s preferred approach is to apply constraint on a market based merit order, based on the bids and offers of such units, accounting for operational constraints and system security. As regards curtailment, the SEMC proposes to continue to apply it on a non-market based pro-rata basis.

The SEMC states that it anticipates that the terminology used within the TSOs’ ruleset for distinguishing between curtailment, constraint and energy balancing will need to be updated. That action, and implementation of it is likely to be particularly important given the divergent mechanisms by which curtailment, constraint and energy balancing are to be settled.

Compensation for Constraint and Curtailment

Article 13(7) of the Regulation requires that non-market based re-dispatch of generators with firm grid connections shall be financially compensated by the TSO, including up to the level of financial support. This includes compensation for non-market based constraint (dispatching down generators for local reasons) and curtailment (dispatching down generators for system wide reasons). The SEMC has previously consulted on the manner in which this should be implemented in Ireland and it is notable that on the same day as it published the Paper, the SEMC has also published a new consultation on arrangements to compensate curtailment.  This paper suggests that the SEMC is minded to require compensation for curtailment of:

Article 13(7) of the Regulation states that if the compensation required by that Article would lead to an unjustifiably high or low outcome, certain deviation will be permitted. The SEMC is of the view that this interpretation of Article 13(7) of the Regulation is permissible given the Regulation’s reference to “unjustifiably high compensation” which the SEMC states can be applied on an aggregate basis across generators. The SEMC’s proposed decision on the amounts of compensation largely turns on whether their interpretation is correct.

The SEMC also states that the proposal to only compensate priority dispatch units up to the level of their additional costs rather than the DAM Price is to ensure non-discrimination between different units that may be subject to and in receipt of different compensation levels associated with different support schemes. The SEMC states that, arguably, dispatch and redispatch decisions should be based on marginal operating costs and system security considerations, not different compensation levels under different support schemes. It is not clear that the Regulation permits these considerations.

The views of industry participants, particularly generators, of these interpretations remains to be seen, however, it seems likely that the SEMC’s interpretation will lead to a significant response.

These consultations are likely to generate significant discussion in the industry. The manner in which new renewable generators and their PPA offtakers will comply with new obligations to submit PNs and how this will be coordinated will have to be addressed in the negotiation of PPAs. Similarly, whatever the outcome as regards the constraint/curtailment compensation arguments, parties may wish to look again at addressing how to access compensation for curtailment in their PPAs and how this compensation is shared between them.

The Paper can be read in full here. 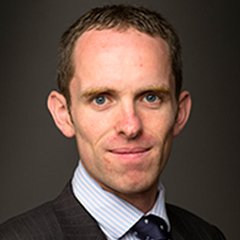