What Constitutes Environmental Information? More Than You Might Think

In 2013, Stephen Minch sought access under the AIE Regulations to a report entitled “Analysis of Options for Potential State Intervention in the Roll Out of Next- Generation Broadband” (the “Report”) from the Department of Communications, Energy and Natural Resources. The Report examines the cost implications for the State of deploying various options to achieve the objectives of the National Broadband Plan (the “NBP”). This request was rejected by the Department on the grounds that the Report did not contain “environmental information” as defined in the AIE Regulations. The Commissioner for Environmental Information confirmed this decision whereupon Stephen Minch appealed the matter to the High Court.

Article 3(1) of the AIE Regulations sets out the definition of environmental information. The paragraphs of the definition which arose in this case are as follows:

“environmental information” means any information in written, visual, aural, electronic or any other material form on…

(b) factors, such as substances, energy, noise, radiation or waste, including radioactive waste, emissions, discharges and other releases into the environment, affecting or likely to affect the elements of the environment,

(c) measures (including administrative measures), such as policies, legislation, plans, programmes, environmental agreements, and activities affecting or likely to affect the elements and factors referred to in paragraphs (a) and (b) as well as measures or activities designed to protect those elements…

Decision of the Commissioner

Minch appealed the Department’s decision to the Commissioner, arguing that the Report qualifies as environmental information under subparagraphs (b), (c) and (e) of Article 3(1) of the AIE Regulations.

The Commissioner held that information must fall within one of the categories in Article 3(1) to constitute environmental information, not simply relate to one of them. He pointed out that the Report does not examine the environmental impact of the various technologies under consideration but rather focuses on their performance characteristics and cost implications.

The Commissioner also decided that the NBP does not constitute a “measure” under Article 3(1)(c) as it is merely a high level strategy and the link between the NBP and any effect on the environment is too remote for it to constitute environmental information.

Appeal to the High Court

In the High Court Baker J took the view that Article 3(1)(e) is intended to cover economic analyses or models which informed or were capable of informing a programme, plan or administrative measure, not just information which actually did inform such. Following the Supreme Court in NAMA v CEI [2015] IESC 51, Baker J noted that a purposive approach to interpretation of the AIE Regulations is required, and concluded that the Commissioner took an overly narrow approach to the examination of the NBP. She stated that the question of remoteness was not the correct approach as it failed to take into account that Article 3(1)(c) includes measures, programmes, policies etc which are likely to affect elements of the environment, not just those which have affected those elements.

Baker J held that the Commissioner’s approach to the Report was incorrect in that he directly linked the production of the Report to his characterisation of the NBP. Baker J pointed out that the Report, as an economic model, could inform the decision of policy makers and further suggested that the full framework of the information available to the Government is likely to have an impact on emissions into the environment.

Baker J is to make an order setting aside the determination of the Commissioner and remitting the matter to him for further determination. She refused however, to make a declaration that the Report contains environmental information stating that this fell outside her jurisdiction which was limited to determining any points of law arising from the Commissioner’s decision. 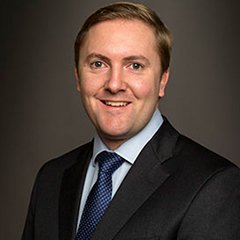