The UK Criminal Finance Act 2017 creates two new offences of failure to prevent the facilitation of tax evasion, both aimed at corporates. The offences came into effect on 30 September 2017.

The new offences are designed to prevent corporates from escaping conviction by arguing that the controlling minds of the business were not aware that the business was facilitating tax evasion. They allow for the creation of criminal liability for a business whose organisational model facilitates this type of activity. Corporates will be liable, in certain circumstances, for the acts of their “associated persons”. A person is an “associate” of an organisation if that person “performs services for or on behalf of” the organisation, for example, as an employee, agent or subcontractor. The substance of the relationship will be considered, not just the form.

If an organisation is convicted of an offence, it may face an unlimited fine with possible additional sanctions. This can include confiscation or serious crime prevention orders.

It will be a defence to a criminal charge if the corporate can demonstrate that it had reasonable prevention procedures in place designed to prevent the occurrence of the offence or it was not reasonable to expect it to have such measures in place. The Draft UK Government Guidance indicates that all relevant bodies must plan and implement appropriate procedures to ensure they are in place ahead of the royal assent to the legislation. However, it does recognise that some procedures will take time to roll out. It will also be a defence to show that the person who committed the offence was not acting as an “associate” of the organisation at the relevant time.

These changes are significant as while there are existing UK criminal offences used to prosecute corporates whose employees or agents facilitate tax evasion, it can be difficult to secure conviction. In general, it must be shown that the “directing mind and will” of the corporate was involved in the facilitation or that it can otherwise be held vicariously liable for the acts of the employee or agent. The new offences dispense with this requirement.

The unfolding of the new legislation will be watched with interest in this jurisdiction. While Ireland does impose criminal liability under the Taxes Consolidation Act 1997 on an officer of a company who has consented to, connived in or has been reckless as to the occurrence of tax evasion by a body corporate, there is currently no equivalent offence in Ireland to those contemplated by the new measures. The standard of proof required in Ireland is also higher than that set out in the new UK Act. In addition, potential reporting obligations under the Criminal Justice Act 2011 for breaches of taxation legislation, which could address this area, have not been implemented to date.

No change to the Irish position is in sight. While the Law Reform Commission has made a preliminary examination of various issues surrounding corporate criminal liability, it has yet to reach a conclusion on the best way forward in this jurisdiction. 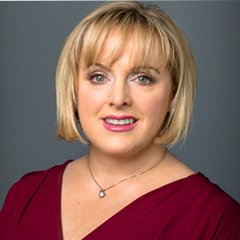