The Climate Action and Low Carbon Development Act 2015 (the “Act”) was signed into law by the President of Ireland on 10 December 2015. The Act provides for the establishment of a national framework with the aim of achieving a low-carbon, climate-resilient, and environmentally sustainable economy by 2050 (referred to in the Act as the “national transition objective”). The Act was commenced in the days before the historic COP21 agreement in Paris where consensus was reached by 200 countries on the need to reduce greenhouse gas emissions.

The Act should be welcomed as Ireland’s first overarching piece of climate change legislation. However, it can equally be criticised for its failure to clearly identify specific targets for Ireland and its failure to set out a concrete path to reach these targets.

In summary, the Act provides the tools and structures to transition towards a low-carbon economy and it anticipates that it will be achieved through a combination of:

Key Provisions of the Act

In connection with the national adaptation framework the Government must (within three months of its submission) request appropriate Government ministers to formulate and submit a “sectoral adaptation plan” relating to their areas of responsibility. This sectoral adaptation plan will specify what measures each minister proposes to adopt for the purposes of adapting to the effects of climate change and enabling the achievement of the national transition objective.

Notably, the Act obliges “relevant” bodies1 to have regard to the following factors in the performance of their functions:

This broad requirement to “have regard to” the above factors will encourage public bodies to review and assess the impact of their actions on the environment. It also opens up the possibility of judicially reviewing decisions of such bodies to examine whether they did in fact take the factors into account in their decision making.

However, the judicial interpretation of the term “have regard to” is a low threshold: the Courts have held that in having regard to particular documents or guidelines, a body needs to show that it informed itself and gave reasonable consideration to the relevant documents or guidelines but is not bound by them. It would seem that the impetus for “relevant bodies” to deliver and implement climate change and carbon reduction measures will be influenced by the strength of the “framework” and “plans” issued by the Minister for Government approval.

The Act also provides for the establishment of an independent national expert advisory council on climate change (the “Advisory Council”), which was formally established on 18 January 2016. The heads of the Environmental Protection Agency (the “EPA”), the Sustainable Energy Authority of Ireland, Teagasc and the Economic And Social Research Institute will be ex officio members of the Advisory Council.

The functions of the Advisory Council are to advise and make recommendations to the Minister and the Government in relation to matters such as the preparation of a national mitigation plan, a national adaptation framework, a sectoral adaptation plan, or any policy that is proposed to be submitted to the Government for approval in relation to the reduction of greenhouse gas emissions and adaptation to the effects of climate change in the State.

The Advisory Council is required to conuct an annual review of the progress made during the previous year in achieving greenhouse gas emissions reductions and furthering a transition to a low-carbon, climate-resilient and environmentally sustainable economy. The Advisory Council is to produce an annual report on its findings and recommendations stemming from its annual review.

Presentation of Progress Statements to the Oireachtas

The enactment of this legislation is to be welcomed and is certainly long-awaited. It is a step in the right direction and provides a framework in which public policy, the policy of each individual department of Government, and the policy of certain public bodies is required to explicitly address the issues of climate change and greenhouse gas emissions. However, as noted previously, the Act is open to the criticism that its contribution to the reduction of greenhouse gas emissions is composed of tools, not targets.

There is a key role for policy-makers and stakeholders to input into national mitigation and adaption strategies, but Ireland’s ability to meet COP21 obligations and EU targets to reduce carbon emissions will be dependent on the strength of the political will and the influence of all stakeholders. The Act should be a starting point that can lead to measures to generate investment in renewable energy, clean technology and sustainable transport and agriculture. 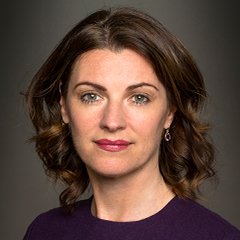