A Sectoral Employment Order for the general construction industry has been signed into law by the Minister for State at the Department of Business, Enterprise and Innovation.

A Sectoral Employment Order (“SEO”) for the general construction industry has been signed into law by the Minister for State at the Department of Business, Enterprise and Innovation. The Sectoral Employment Order (Construction Sector) 2017 (the “Order”) gives effect to the measures recommended by the Labour Court in July of this year relating to pay and conditions for employees in the general construction sector and has effect from 19 October 2017. The Order is the first such SEO to be given effect under the Industrial Relations (Amendment) Act 2015 and replaces the previous Registered Employment Agreement (“REA”) in the sector which became ineffective following the decision in McGowan & Ors v Labour Court Ireland & Anor in 2013 in which the Supreme Court held that the REA system was unconstitutional.

The Order relates to the general construction sector, including operatives and general craft workers, and so affects all employers and employees in that sector. The sector is defined to include both “Building Firms” and “Civil Engineering Firms” and notably does not include electricians and plumbers. There is currently a further proposal before the Labour Court for an SEO covering mechanical craft workers. An application for an SEO in the electrical contracting sector, which is the subject of a High Court challenge, was recently withdrawn from the Labour Court.

The SEO provides for an approximate 10 per cent pay increase on the rates that had applied under the previous REA. The setting of these rates was influenced by the rates for comparable workers in the local authority sector, which have traditionally been broadly in line with those in the construction sector.

The Order also fixes unsocial hours payments at either “time plus a half”, or double time, depending on the timing of the work.

The Order provides that employers must provide pension benefits on no less favourable terms, including both employer and employee contribution rates, than those in the Construction Workers Pension Scheme. The latter scheme was accepted to make reasonable provision at reasonable cost, subject to entry to the scheme being available to workers from the age of 18. Every employer to whom the Order applies is required to provide these pension benefits.

The Order also acknowledges the risks posed to workers’ health and safety in the sector and, accordingly, provides for a mandatory sick pay scheme, with comparable benefits and contributions to the Construction Industry Sick Pay scheme operated by unions and employers in the sector. Every employer to whom the Order applies must have in place a provision for sick pay benefits.

While the Order does not include any travel allowance for workers, this will not affect those workers who have a contractual right to payment for travel time. This issue is still being pursued by unions in the sector outside of the SEO process.

A dispute resolution procedure is also included in the Order. No industrial action can take place in relation to matters the subject of the Order until this procedure has been complied with. A worker must raise any individual dispute with their employer at local level, and, if the grievance is not resolved, may refer it to the Adjudication Service of the Workplace Relations Commission (“WRC”). In collective disputes, the grievance must be raised with employers, and if unresolved, referred to the Conciliation Service of the WRC. If the matter still remains unresolved, it may then be referred to the Labour Court for a recommendation.

Where to from here?

The Order is a significant development for those in the general construction industry and approximates to a 10 per cent increase in pay for workers as against the last existing REA applying to the sector.

Employers in the construction sector, will need to review their payment practices to ensure that they comply with the new requirements set out in the Order. SEOs, having a legislative footing, are legally binding on the sectors to which they apply and their provisions are enforceable by the WRC. Businesses experiencing severe financial difficulty can apply to the Labour Court for an exemption from compliance with the requirements of the Order. However, such an exemption is only granted where a majority of workers in respect of whom the exemption is sought agree to the exemption. 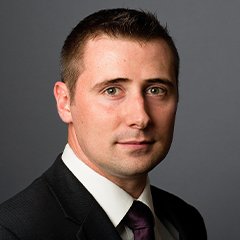