Companies exploring potential locations for film production and exploitation of associated copyright and distribution rights should examine the key business, legal and tax attractions of undertaking such operations in Ireland. In this briefing we will outline the factors which have contributed to film production companies choosing to locate in Ireland.

The Irish film production industry is supported by specific government initiatives, including assistance from the Irish Film Board, a pro-business environment and a favourable tax regime for companies establishing here. Ireland has an excellent infrastructure for film projects, including first class film locations, highly experienced crews, excellent pre and post production facilities and professional film producers who provide production services to foreign commissioning companies. The Irish Film Board also offers a wealth of experience in providing funding and practical assistance and know-how to film projects.

Ireland is a common law jurisdiction and has a reputation as a safe, politically stable and efficient place to hold and exploit intellectual property rights, not least because of its robust laws and court system which recognise and protect the rights of owners of intellectual property, including associated copyright and film distribution rights and which consistently briefing rank highly in international indexes regarding IP regimes. Ireland being a long-standing member of the EU provides a gateway to doing business in the EU and access to important protections under EU law. Ireland is a signatory of the European Convention on Cinematography and a member of EURIMAGES. Ireland has also entered into co-production arrangements with Australia, New Zealand and Canada.

Prior to 2015, the Irish government supported film financing by providing special tax breaks for individuals investing in films which met specific criteria. This regime has been replaced with a new regime of tax credits provided directly to qualifying film production companies (Producer Film Relief ). In addition, Ireland offers a favourable tax regime for trading companies exploiting intellectual property rights including the exploitation of copyright and film distribution rights and, for holding companies. Attractions of Ireland as a Location for Film Production and Licensing of Related Intellectual Property Rights.

This relief provides direct financial support to film production companies in the form of a tax credit or quasi-government subsidy in respect of qualifying productions. The relief is available until 2020 and has been specifically pre-cleared/approved under the EU state aid procedures. Eligible expenditure is expenditure incurred by a film production company on employing eligible individuals and/or acquiring goods, services or facilities within Ireland used on the production. The tax credit is granted by the Revenue Commissioners pursuant to an application for the relief made by the producer company.

The relief is granted at a rate of 32% on the lower of; the eligible expenditure or, 80% of the total cost of the production, subject to an overall cap of €70m. Therefore the maximum value of the tax credit that can be claimed on a production is €22.4m. The relief applies to a broad range of productions made for cinema exhibition, broadcast or online viewing, including feature films, TV drama (single or series), animation (other than computer games), and creative documentaries which has been pre-approved by the Revenue Commissioners as meeting either a cultural test or, qualifying as official co-production under one of Ireland’s co-production treaties or under the European Convention on Cinematographic Co-Production.

A typical transaction involves a film production company (the producer company) establishing a special purpose company (the “qualifying company”) to make the feature production. To qualify for the relief, the producer company must carry on its trade in Ireland through an Irish tax resident company or, through an Irish branch or agency for at least 12 months, must not be connected to a broadcaster and must hold 100% of the shares in the special purpose qualifying company established for the particular production. The qualifying film company must also be Irish tax resident or trading through an Irish branch or agency in Ireland.

Establishing operations in Ireland is very straightforward; a special purpose company known as a DAC company can be incorporated and be operational within a matter of weeks. International film producers can use the services of an existing Irish producer who can manage the application to the Revenue Commissioners in respect of the tax credit. The tax credit is paid by way of single instalment on completion of the project on the submission of a compliance report or alternatively, can be made available by way of a special tax credit.

Payments to actors for artistic services rendered to a company qualifying for the scheme are exempt from withholding tax if the actor is resident in the EU, the EEA or in one of Ireland’s 72 tax treaty partners. Otherwise, withholding tax at a rate of 20% will be applied to such payments.

Companies resident in Ireland carrying on a trade of exploiting and/or developing intellectual property in Ireland are subject to the standard rate of corporation tax of 12.5%. Generally speaking, companies incorporated in Ireland and/or centrally managed and controlled in Ireland are regarded as Irish tax resident. The 12.5% rate of tax applies to all trading income such as, royalty and other licensing income and to profits made on the sale of trading assets. Trading in this context requires that the Irish operations are active and carried on by staff in Ireland with relevant skills, expertise and authority to conduct and manage the exploitation of the rights located in Ireland. The rights exploited can be self-developed, co-developed, or bought in. The key aspect is that the activities giving rise to the profits are actively carried on and controlled in Ireland. Typically functions such as the negotiation of IP rights, licences, support functions, monitoring of existing agreements, portfolio management and enforcement activities would be located in Ireland. Profits from film copyright and distribution royalties exploited through an Irish trading company can qualify to be taxed under the 12.5% regime.

In contrast, profits derived from a passive/ investment activity are generally taxed in Ireland at a 25% rate. Also, in relation to such activities certain costs may not be tax deductible so the taxable profits of a passive investment company can be significantly higher, than a trading company, depending on the circumstances.

A trading company holding film copyright & distribution rights can also act as a holding company for the group on a tax efficient basis. Holding companies generally receive income in the form of dividends and/or capital gains on the disposal of shares. In Ireland, while dividends paid between Irish companies are not taxable, dividends received from trading companies resident in the EU or a country with which Ireland has a double tax treaty (DTT) are taxed at 12.5% with a credit for underlying tax. Ireland operates a generous and flexible foreign tax credit pooling arrangement so that, in practice, such dividends generally are not subject to further tax in Ireland.

Ireland also offers a participation exemption which exempts from capital gains tax, gains made on the sale of shares or/and certain rights related to shares, in a trading company or part of a trading group resident in Ireland or in the EU or, a country with which Ireland has a double tax treaty (DTT country) provided certain minimum shareholding requirements (5% plus for 12 months or more) are met. See our Tax Attractions of Irish Holding Companies briefing.

In Ireland, taxpayers can claim tax depreciation allowances in respect of the capital cost of acquiring a broad range of intangible assets used in a course of a trading operation carried on in Ireland. Qualifying assets for these purposes include most intellectual property rights including patents, trademarks, copyright and related rights, computer software and related rights, goodwill related to such rights and the cost of acquiring such rights.

The tax depreciation allowances can be written off in line with the amortisement charge in the company’s accounts or over 15 years, at an annual rate of 7% and 2% in the final year. These allowances can be off set against trading income derived from the exploitation of intangible assets and the sale of goods and/or services which derive the greater part of their value from those assets.

Profits can be repatriated by an Irish trading and/or holding company by way of dividends to non-resident shareholders free from withholding tax in line with a number of exemptions from withholding tax that apply, including, where the recipient is resident in the EU, or DTT country, or is ultimately controlled by residents of the EU or a DTT country or is a listed company.

Transfers of IPR are specifically exempt from stamp duty Ireland, thus the acquisition or transfer of IPR by Irish IPR companies generally can be done tax efficiently.

Ireland has well established infra-structure and favourable tax regime for film production companies and / or companies exploiting associated copyright and distribution rights, together with, a robust and developed legal and court system for the protection and enforcement of IP. These regimes combined with Ireland’s membership of the EU make it a very attractive EU location in which to produce films and/ or exploit associated intellectual property rights globally. 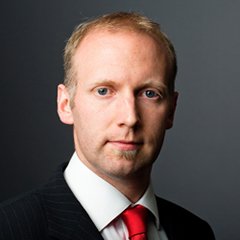