When is a Transaction Improvident or Unconscionable?  Court of Appeal gives Guidance

In a recent judgment, the Court of Appeal has set out the factors necessary to set aside a transaction on the basis that it is an improvident or unconscionable bargain.

In Allied Irish Bank Plc v DX,1 the defendants guaranteed their son’s 2009 business loan with the bank.  When he defaulted, the bank brought summary proceedings against the guarantors who sought to defend the claim on the basis of an infirmity in the underlying loan agreement.

In their defence, the guarantors argued that the borrower had suffered from ongoing depression and might have been symptomatic when he entered into the loan agreement.  Had the guarantors known this, they would not have executed the guarantee.

Further, they said that the bank could have become aware of the situation if it had taken reasonable steps such as a medical or psychological evaluation of the borrower.  The bank’s failure to do so and its extension of a loan to the borrower where he might have been under a serious disadvantage due to his mental health amounted to the transaction being so improvident from the borrower’s perspective that the bank had been under a duty to ensure that he obtained independent legal advice prior to the entering into the loan agreement.  The bank did not do so, so the loan might be void.  Consequently, the guarantees might be similarly void.

In response, the bank said that in 2009 it had no record of any issue around the borrower’s capacity or that the loan would be an improvident transaction requiring it to advise the borrower to take independent legal advice.  In 2015, following the borrower’s default, his solicitors sent a medical report to the bank who from that point classified him as a vulnerable customer for the purposes of the Consumer Protection Code.

In the High Court, Barrett J was satisfied that the loan was not unconscionably improvident.  However, he held that an arguable defence had been raised on the capacity issue, reasoning that if the bank treated the borrower as having limited capacity in a consumer context, this would also apply in a business context.  He referred the case for plenary hearing.  The bank appealed on the capacity issue and the guarantors cross-appealed on the improvidence issue.

On appeal, the capacity issue was ultimately conceded by the guarantors.  There was insufficient evidence that the borrower was suffering from legal incapacity when he took out the loan or that the bank was, or could have been aware of that fact prior to receiving the medical report.

Having reviewed the relevant case law, Noonan J held that the court may set aside a transaction on the basis that it is improvident or unconscionable where the following factors are present:

In holding for the bank, Noonan J said that it was notable that the borrower had provided no evidence and had not sought to challenge the loan on any of the grounds raised by the guarantors.  In turn, they had not attempted to show that there was any inherent unfairness in the loan transaction.  That alone was fatal to their argument.

In addition, there was no credible basis to say that the bank knew, or ought to have known, that the borrower was a vulnerable person when he took out the loan, if such was indeed the case.  The fact that the bank was later given the medical report and on foot of that, treated the borrower as vulnerable, could not be projected back to the time the loan was taken out in imputing that knowledge to the bank.  There was no evidence to suggest that the bank had any reason at that time to have any concern about the borrower’s mental status, let alone that its agents were actually aware of it.  On that basis, the trial judge correctly concluded that there was no arguable ground of defence on the improvidence issue.

Noonan J also refused the guarantors’ request for discovery to establish the state of the borrower’s mental health in 2009 and what the bank might have known about this.  The guarantors resided with their son and seemed to already have access to his medical records.  The discovery in relation to the bank was entirely speculative in circumstances where the guarantors were not even alleging that the bank had reason to be concerned at the material time.

Noonan J also pointed to two additional legal hurdles for the guarantors.  First, even if they could show an improvident bargain here, the loan was not void from the outset but merely voidable at the suit of the borrower.  In the absence of avoidance, it remained valid.  Secondly, through an indemnity clause, the guarantee substituted the guarantors for the borrower in the event that the underlying loan contract was unenforceable by reason of disability or incapacity.  The guarantors in effect become the borrower and the guarantee became a contract of indemnity.  An argument that it would be unfair for the guarantors to suffer judgment, only to see the borrower escape liability by effectively avoiding the contract must fail.  There was no injustice if the guarantors became the principal debtors as that was what they signed up to.

The decision of the Court of Appeal provides a clear statement, derived from existing case law, of the criteria to be considered when assessing claims of improvident or unconscionable transactions.  While it was provided in the context of the enforcement of guarantees, it has wider application to any type of contract.  Also, while not the main focus of the discussion in the judgment, Noonan J’s decision underscores the importance of the inclusion of an indemnity provision in guarantee documentation and that the Irish courts will give full effect to indemnity provisions, including where the guaranteed loan agreement is unenforceable against the borrower. 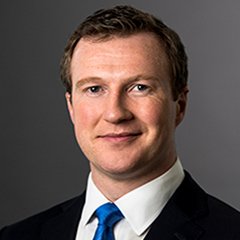