The Loan Purchaser, the Litigation and the Need for Speed

A recent decision of the High Court has emphasised that those purchasing loan books acquire not only rights but obligations too.

In granting the application, MacGrath J. emphasised the summary nature of the proceedings. He said that such proceedings should be expedited with “all due dispatch”. That had not occurred here and the plaintiff had given no reasonable explanation for the delay.

MacGrath J. stated that the recent intervention of Havbell could not excuse the delay. He was satisfied that when one party took over a loan and the litigation arising from such loan, he assumed not only the rights but also the obligations of the litigation. This included any obligation which might not have been fulfilled including the requirement to process a case with all due expedition.

Significantly, the defendants did not have to point to any specific prejudice that they had suffered due to the delay e.g. unavailability of evidence. The court was satisfied that “general prejudice” would suffice. This general prejudice was substantiated by the defendants having had to endure the unnecessary oppressiveness of proceedings hanging over them for in excess of eleven years as well as the requirement to answer these proceedings at such remove from the events in dispute. It would be inequitable and against the balance of justice to require the defendants to do so. It might also run contrary to the State’s obligations under the European Convention on Human Rights to ensure the expeditious progress and conclusion of proceedings in a case of this nature.

Comment
This decision underscores the importance of completing proceedings in a timely manner.  While delays in proceedings may occur for many reasons, they are more likely to feature in the context of debts which are ultimately intended to be sold.  Consequently, loan sale purchasers in particular should be alive to this risk and ensure that sufficient focus is given to any live proceedings in the due diligence phase.  While further litigation may not ultimately be barred, fresh proceedings may prompt Statute of Limitations defences that would not otherwise be considered and, in any event, will lead to unnecessary additional cost and delay. 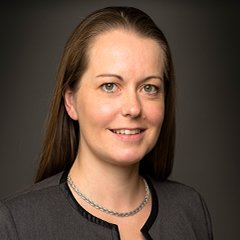