The Programme for Government: What Should Employers Expect?

The Programme for Government (“PfG”) agreed between Fianna Fáil, Fine Gael and Green Party negotiators on 15 June 2020 was finally ratified last Friday, 26 June 2020. The document provides an interesting insight into some of the policies that might be implemented by the newly formed government.  We outline below some of the key policy proposals that will be of interest to employers:

Repeated reference is made throughout the PfG to plans to encourage remote working, further emphasising the likelihood that remote working is here to stay in some shape or form and will be a significant part of the post-COVID employment landscape.  As part of the National Economic Plan proposed under the PfG, the parties state that they will enable increased remote, flexible and hub-working arrangements to promote better work-life balance, higher female-labour-market participation, less commuting, and greater regional balance.  Significantly, the PfG proposes that public sector employers, colleges, and other public bodies will be mandated to move to 20% home and remote working in 2021, as well as proposing to examine the feasibility and merits of changing tax arrangements to encourage more people in the private sector to work remotely.

As part of the National Economic Plan proposed in the PfG, the parties have said they will support those who have lost their jobs to return to employment as quickly as possible, promote a major reskilling programme to enable those who have lost their jobs to develop existing and new skills to match with enterprise needs, and improve the quality and security of jobs.  It is also proposed as part of this plan to review whether the legal provisions surrounding collective redundancies and the liquidation of companies effectively protect the rights of workers.

The PfG states that there will be no increases in income tax or USC rates and that, in Budget 2021, there will be no change to income tax credits or bands. From Budget 2022 onwards, in the event that incomes are again rising as the economy recovers, it is proposed that credits and bands will be indexed to earning.

As against this, however, the PfG says that consideration will be given to increasing all classes of PRSI over time to replenish the Social Insurance Fund to help pay for measures and changes to be agreed, including to the state pension system, improvements to short-term sick pay benefits, parental leave benefits, pay-related jobseekers benefit and treatment benefits (medical, dental, optical, hearing). The parties to the PfG also set out their intention to progress to a living wage over the lifetime of the government.

The negotiation of a new public pay deal with the public sector unions is also proposed, which we are told will be will be guided by the State’s financial position and outlook, challenges in relation to recruitment and retention, and conditions within the broader labour market. The PfG also states that a bargaining clause will be introduced in any such pay agreement to make progress on sectoral issues.

Employers can also expect a number of equality-related developments based on what is set out in the PfG.  The parties to the PfG propose to legislate to provide for adoptive leave and benefit for male same-sex adoptive couples, and to amend the gender ground in equality legislation in order to ensure that an individual discriminated against on the basis of their gender identity is able to avail of this legislation. Legislation requiring publication of the gender pay gap in large companies is proposed, while the parties to the PfG also promise legislation doubling the target for employment of people with disabilities in the public service to 6%.  Finally, the PfG contains a commitment to examine the introduction of a new ground of discrimination to the Employment Equality Acts and the Equal Status Acts, based on socioeconomic disadvantaged status.

The parties to the PfG say that they will bring forward proposals on a ‘right to disconnect’ in 2020, promising to consider a role for the Workplace Relations Commission in drawing up a code in this area.  An extension to paid parental leave is also proposed, in order to allow parents to spend more time with their baby during its first year.

The PfG provides long-awaited clarity as to how a government made up of Fianna Fáil, Fine Gael and the Green Party would resolve the debate around the pensions age, currently 66.   We are told that any rise in the pensions age to 67 would be deferred under such a government pending the establishment of a Commission on Pensions, which would outline options for government to address issues including qualifying age, contribution rates, total contributions and eligibility requirements.  The PfG also proposes the introduction of an auto-enrolment pensions regime, with an opt-out provision for those who choose not to participate.

The Employment, Pensions & Incentives Group is available to answer any queries you may have in relation to the likely implications and legal consequences for employers of the various policy proposals set out in the Programme for Government. 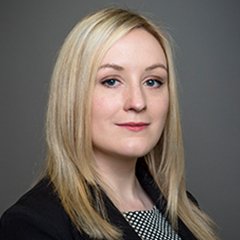 COVID-19: Vulnerable Workers and the Return to Work Protocol: A Data Protection Minefield?