When a business becomes insolvent, all of the creditors of the business are at risk, including its landlords.  As COVID-19 continues to challenge businesses in Ireland and abroad, two recent decisions of Mr Justice McDonald in the High Court offer a timely reminder of the standards which tenants must meet when seeking to compromise their commercial lease obligations and the importance of procedural fairness for landlords affected by tenant insolvency.

Women’s fashion retailer New Look found itself in financial difficulty at the onset of the COVID-19 pandemic, when retail outlets were forced to close.  An interim examiner was appointed on 28 August 2020 on the basis that the company expected to be cash flow insolvent by October 2020.  However New Look’s imminent insolvency was contested by a number of its landlords at the confirmation hearing on 29 September 2020.  The landlords presented their own financial report, which contended that if rent deferrals and rent write-offs were negotiated with landlords, New Look would remain cash flow solvent as at 31 March 2021.

A key question to the appointment of an examiner set by the Companies Act 2014 is whether there is a proper basis to form the view that the company would be unable to pay its debts at some point in the near future.  McDonald J determined that this requirement was met, but, nonetheless, refused the appointment of the examiner as insolvency was not yet imminent.  He commented that companies should wait until they are actually or very close to insolvency before petitioning to the court for the appointment of an examiner.  New Look’s failure to enter constructive negotiation with its landlords prior to presenting the petition heavily factored in his decision.  The judge noted that there were alternative options available to the company, namely negotiation, before the company needed to resort to court protection and that it was inexplicable that the company had not taken more proactive steps in the period between March and August to resolve its inability to continue to pay its rents.

In these cases, the plaintiffs were the landlords of Monsoon Accessorize Limited’s (“Monsoon”) retail stores at 74 Grafton Street, Dublin 2 and at Patrick Street, Cork (the “Irish Landlords”).  During the course of 2019, Monsoon, a company incorporated in England & Wales, sought to avail of a UK insolvency arrangement known as a Company Voluntary Arrangement, or CVA.  While there is no direct equivalent of a CVA in Ireland, in the UK a CVA is a legally binding agreement with a company's creditors to allow a proportion of its debts to be paid back over time, necessarily involving certain debt write-offs and modifications to otherwise legally binding agreements.  Monsoon’s CVA included modifications to the leases for its Grafton Street and Cork stores (the “Irish Leases”), including large rent reductions.  The CVA was approved despite both Irish Landlords objecting to it.  The Irish Landlords initiated proceedings in the High Court in Ireland and both cases were heard together on 19 May 2020.

McDonald J considered in detail the application of the EU Regulation that governs the recognition of insolvency proceedings among member states of the EU3 (the “Recast Insolvency Regulation”) including Articles 11, 32 and 33.  While he found it difficult to be persuaded that the CVA should not ordinarily be afforded mutual recognition under Article 32 of the Recast Insolvency Regulation, he decided, ultimately, that the public policy exception to this under Article 33, entitling a Member State to “refuse to recognise insolvency proceedings opened in another Member State … where the effects……would be manifestly contrary to that State’s public policy…” applied in this case.  Central to his decision was the fact that CVA sought to modify rights of the Irish Landlords without any judicial intervention or hearing of any kind.  Having regard to rules of procedural fairness and specific protections enshrined in the Irish constitution, McDonald J held that insofar as it purports to effect any variations of or modifications to the terms of each of the Irish Leases, the CVA was not entitled to be recognised or enforced in the State on the grounds that, to do so, would be manifestly contrary to the public policy of the State.  McDonald J stated that in order to comply with the rules of procedural fairness, the Irish Landlords should have been afforded a right to be heard before their property rights were interfered with.

The New Look judgment reminds companies of the expectations and thresholds to be met before a judge will exercise discretion in favour of appointing an examiner and that it is important not to petition prematurely.  The implications for a landlord of the entry into examinership of a tenant are very serious, potentially leaving the landlord as an unsecured creditor for the sums owed to it by the tenant company.  This acts as an incentive for landlords to engage with tenants to implement mutually beneficial solutions, something which is encouraged in the Government’s recently published voluntary Code of Conduct between Landlords and Tenants for Commercial Rents (for more information on the code, see our briefing here).  This judgment demonstrates that tenants would be unwise not to afford that opportunity to their landlords in advance of any application for the appointment of an examiner.

The Monsoon cases highlight how the protections afforded to property owners, including commercial landlords, under Irish law are recognised within the Recast Insolvency Regulation and that care should be taken to recognise those rights in the implementation of any non-Irish insolvency scheme.  It is important to note that the judge expressly stated that the procedural unfairness which arose in Monsoon could have been avoided (if the landlords had been afforded a right to be heard) and he therefore “doubt[s] that this decision will have repercussions for the future enforcement of CVAs in Ireland.”  This statement may encourage further attempts to have CVAs recognised here before Brexit which may give rise to the issue being further tested.

Also contributed to by Martina Firbank and Emma Aspil 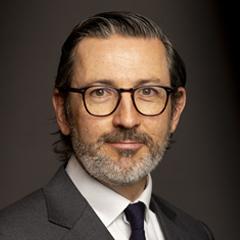