For financial years on or after 1 January 2017, a designated ULC was required to file financial statements in the Companies Registration Office (“CRO”).  The 2017 Act provides that unlimited companies which are holding companies of undertakings whose members have limited liability are “designated ULCs” but this provision will only take effect for financial years commencing on or after 1 January 2022.

A ULC that currently enjoys non-designated status should examine its group structures to determine whether the ULC will be subject to the new filing rules. Deferral of the application of the filing rules might be possible by altering the financial year so that the next financial year end commences before 1 January 2022. Although some structures have been designed to bring groups outside of the definition of designated ULC, since 2017 many unlimited companies have started to file financial statements in the CRO.

Groups with designated ULCs should consider the benefits, if any, of retaining unlimited liability entities (for example the distribution rules in the 2014 Act do not apply to unlimited companies and neither does the obligation, for PLCs and other companies of a certain size, to have an annual directors’ compliance statement) and where no material benefit exists, re–register as a limited liability company. 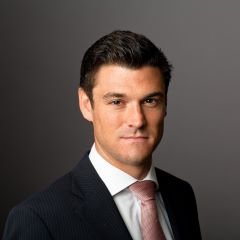