Landlord and tenant relationships are likely to come under strain as tenants experience financial difficulties due to the COVID-19 pandemic. For tenant companies such financial difficulties may result in a tenant being placed in examinership, or ultimately in the appointment of a liquidator or receiver. An insolvency event generally constitutes an event of default in a commercial lease. However, a landlord’s ability to enforce its obligations will differ depending on a number of factors, most notably: the terms of the lease, the terms of any guarantee in place and which of these three forms of insolvency a tenant is facing.

Businesses will experience the economic shock caused by COVID-19 differently. For some, it will be a short-term shock so that, while potentially damaging to the business, examinership can provide a route back to economic health.  Examinership is a statutory scheme for the rescue of companies governed by Part 10 of the Companies Act 2014 (the “Act”). Where there is a reasonable prospect of the survival of a company as a going concern, examinership facilitates this by placing it under the protection of the Court (High or Circuit) for up to 100 days (subject to extension in specific circumstances). During the protection period the company’s affairs are explored by the Court appointed “examiner” to see if it is capable of being rescued and, if so, to formulate proposals for that rescue (referred to as a “scheme of arrangement”).  The liabilities of the company are frozen at the commencement of an examinership and the scheme of arrangement can cram down those liabilities, which include liabilities arising under a lease.

During the protection period, the exercise of all contractual rights against the company in examinership are suspended so that no action can be taken by a landlord against a tenant company to re-possess the property as  would otherwise be the case.  An examiner does not displace the powers of the directors so the responsibility to pay rent remains with the tenant company.

In terms of how lease rights and obligations may be treated in any scheme which is approved and adopted for the rescue of the company:

Liquidation is the procedure used where a company will cease to exist.  Once appointed, broadly speaking, the primary obligation of a liquidator is to take control of all of the insolvent company’s assets, realise those assets and to distribute them to the creditors of the company in accordance with the statutory order of priorities.

In terms of prioritising payments, a liquidator must first pay the liquidator’s fees and expenses of the winding up, followed by any preferential payments1, before addressing the claims of floating charge holders, and thereafter unsecured creditors.   Secured creditors will get paid from the realisations of the charged assets.

In terms of how lease rights and obligations may be treated when a liquidator is appointed to an insolvent tenant company:

A liquidator can apply to Court for leave to disclaim the lease if it considers it to be “onerous property”.3  However this is a costly and time consuming process for a liquidator and therefore it is likely that any liquidator would seek to surrender the lease voluntarily before bringing an application to disclaim a lease. Whether or not a landlord accepts a surrender of the lease is a commercial decision for the landlord to make but in practical terms, landlords often do so in order to seek to mitigate their loss by re-letting the premises.

As outlined above, the majority of commercial leases contain a clause providing for the forfeiture of the lease in the event that a receiver is appointed to a tenant. A receiver is appointed to a company or to the property of a company by a lender under a mortgage or charge or other security.  The main function of a receiver is to realise the best price reasonably obtainable from the secured assets to pay off the debt due to the lender.  Unlike with examinership and liquidation, unless a landlord has postponed its right to forfeit the lease for the benefit of the lender (by agreement in the lease or in a separate direct agreement with the tenant’s lender) a landlord will be entitled to re-enter the premises and terminate the lease on the appointment of a receiver to the tenant. The primary benefit to a landlord in doing so is to recover possession of the premises, allowing it to be re-let. In practical terms, any arrears of rent that accrued prior to the appointment of the receiver will usually be difficult to recover, as the debt owed to the lender will be paid to the lender ahead of any rent arrears owed to the landlord. Where a landlord has postponed its right to forfeit, this would likely only continue on terms where the receiver pays the rent and/or the lease is assigned to a third party acceptable to the landlord.

Understanding the insolvency regimes available is just one step towards equipping both landlords and tenants to make their best business decisions in what is an extremely challenging time for everyone. Recognising the challenges that each face and early communication and engagement will also be the key to moving positively forward. 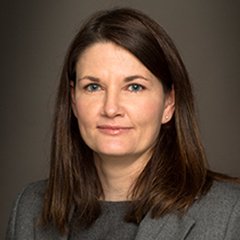