COVID-19: The Doctrine of Specific Performance

Can a party seek specific performance of a contract that has run into difficulties as a result of COVID-19?

An order of specific performance requires a party to a contract to carry out its legal obligations under that contract. It is an equitable remedy which may be granted where damages would not be an adequate remedy for breach of contract.

The remedy is often associated with contracts for the sale of land. It is less likely to be granted for other types of property such as goods. An award of damages will usually suffice here as the goods can be purchased elsewhere. However, there may be circumstances where this is not true if the item in question is rare, unique or otherwise unavailable. Specific performance may be granted of contracts for particular services, including building contracts, provided certain criteria are satisfied.

It is a discretionary remedy and may be refused on a number of grounds such as:

A party seeking specific performance must establish to the court that there is a valid and binding contract between the parties supported by consideration. In relation to a contract for the sale or other disposition of land there should be a memorandum or note of the relevant agreement in writing signed by the party against whom the action is brought or that person’s authorised agent. This is to comply with section 51(1) of the Land and Conveyancing Law Reform Act 2009, the current incarnation of a requirement previously contained in the Statute of Frauds. If such a note is not available, a plaintiff may seek to rely on the doctrine of part performance under section 51(2) of that Act. Also, a defendant will not be permitted to rely on the requirements of section 51(1), if to do so would allow the statute to be used as an instrument of fraud as that is what that provision is designed to prevent.

The Disputes Group at McCann FitzGerald is ready and willing to assist clients in addressing all of their concerns at this difficult time, whether that arises in respect of regulatory and/or litigation issues business may face in responding to Covid-19. Alternatively, your usual contact in McCann FitzGerald will be pleased to provide further information. 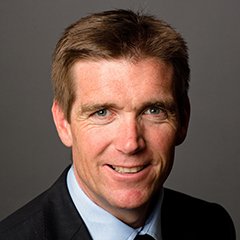 COVID-19: New Measures for Residential Tenancies aim to protect both Tenants and…