Legal Professional Privilege: Will the English Court of Appeal Halt the Erosion of Traditional Protections?

The decision in SFO v ENRC marked the latest in a series of cases creating a divergence in the law between Ireland and England in relation to legal professional privilege. But with subsequent authority casting doubt on that decision and judgment on an appeal of the decision awaited, is the tide about to turn?

Recent times have seen a significant development of the law of legal professional privilege in England marking a widening variance in the law between Ireland and its nearest neighbour. Recent case law in that jurisdiction has emphasised the problems which corporates in particular may experience when seeking to assert privilege over documents. An erosion of legal protection coupled with increasing demands by regulators to waive claims of legal professional privilege  (a trend also noticed in Ireland) has led to increased uncertainty for businesses under regulatory scrutiny.

First, the English courts have given a narrow interpretation to the definition of “client” in a corporate setting for the purposes of privilege. This has been restricted to employees tasked with securing the pertinent legal advice. So, for example, notes of interviews with employees prepared by a bank’s internal lawyers to enable the bank seek external legal advice were not protected.1  The Irish courts have not followed this approach.

Second, under Irish law, litigation privilege attaches to documents created for the dominant purpose of actual or reasonably apprehended litigation. The Irish courts have confirmed that litigation privilege is not confined to litigation in the traditional sense but has broader application. In Ahern v Mahon,2  litigation privilege was held to apply to communications with a banking expert created in anticipation of appearances as a witness before a Tribunal of Inquiry, where the witness’s conduct was under examination and where adverse findings could be made by the Tribunal. As a person whose conduct was impugned, Mr Ahern was entitled to a range of fundamental constitutional rights, including fair procedures and the entitlement to invoke litigation privilege in respect of the documents in question.

In Quinn v Irish Bank Resolution Corporation Ltd,3  the Irish High Court confirmed that litigation privilege can apply where a document has been created for the dominant purpose of a regulatory or criminal investigation. In the recent case of Director of Corporate Enforcement v Buckley,4  the same court upheld claims of both litigation and legal advice privilege in the context of a regulatory investigation.  None of those cases have adopted the English courts' distinction between adversarial and investigative or inquisitorial proceedings. In contrast, in that jurisdiction there has been a trend towards an even more restrictive interpretation of the law of privilege.  It is important to note that the position in England has, since Three Rivers (Disclosure)(No. 4),5 been that the investigation must be adversarial, whereas that express distinction has not been made in Ireland.

The decision of the English High Court in SFO v ENRC 6  has cast doubt on the entitlement to claim litigation privilege in the context of potential criminal investigations. In that case, the SFO was investigating the company in relation to allegations of fraud, bribery and corruption. The court held that material generated by ENRC during the related internal investigations must be provided to the SFO. Andrews J said that, while ENRC believed that an investigation by the SFO was imminent, such an investigation was not “adversarial litigation”. She said that the policy that justified litigation privilege did not extend to enabling a party to protect itself from having to disclose documents to an investigator.

This case caused some concern amongst practitioners given the very narrow view taken by the court. However, some calm was restored in Bilta (UK) Ltd v Royal Bank of Scotland,7  where the English High Court rowed back from the views expressed in SFO v ENRC and did not follow that case noting that there was “something of a tension” between that decision and previous Court of Appeal authority. Vos LJ considered Andrews J’s dicta in ENRC but ultimately did not think it represented “the commercial reality of the present position”.  In Bilta, the court held that documents created by a bank and its external solicitors following the tax authority’s decision to make an assessment in respect of overclaimed VAT had been produced for the sole or dominant purpose of expected litigation, and were therefore covered by litigation privilege. In Bilta the court also noted that the decision in SRO v ENRC was under appeal.

That appeal was heard last week and the judgment should provide some clarity to the law in England. The appeal was hard fought, with Dinah Rose QC, who appeared for the Law Society of England and Wales (the Law Society intervened in the appeal in defence of legal professional privilege), urging that “[t]he profession needs authoritative and correct guidance on this issue and needs it urgently” and also urging the court not to “duck the issue”, as previous decisions had. Depending on the view taken by the court, it may bring the Irish and English approaches back into line in some important respects or may confirm a permanent parting of the ways. 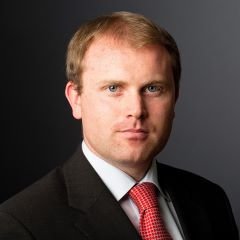