The legal teams receiving the accolade come from a broad and varied range of sectors, from banking and financial services to retail chains and consumer brands. To be nominated, a legal team must demonstrate the ability to provide solutions to complex legal and commercial issues, provide insights to drive and create business opportunities and play a leading role in influencing decisions at the highest level.

Commenting on the announcement, Barry Devereux, Managing Partner of McCann FitzGerald, said: “We are delighted to continue our support of the GC Powerlist in Ireland and I would like to congratulate each of the legal teams that have been recognised by this prestigious publication. This accolade emphasises the breadth and depth of legal talent available in this country and the crucial role that these teams play in many of Ireland’s most successful businesses.”

He continued “The environment in which lawyers operate is dynamic and ever-changing. Increasing workload and risk, the demand for delivery of more legal services at less cost, and increasing use of technology are just some of the drivers in today’s highly competitive market for legal services. These changes place serious demands on all lawyers, both in-house and in private practice, to constantly evaluate how they deliver their services. The lawyers who have been awarded this accolade have proven their ability as thought leaders and experts within their industries, with the insights to drive and create business opportunities and influence decisions at the highest levels.”

Catherine McGregor of The Legal 500, said: “Now in its 29th year, The Legal 500 analyses the capabilities of legal firms across the world. The 2016 GC Powerlist recognises the effort and ability of the in-house legal teams who have played a vital role in driving business decisions in Ireland over the past 12 months. We would like to congratulate all of the teams who have been selected.” 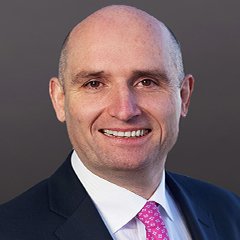