Will the Irish Gambling Regulator be Established in 2021?

Recent media reports suggest that the long-awaited Irish gambling regulator will be established by the summer of 2021, with additional gambling legislation to follow.

The Minister of State with responsibility for Law Reform at the Department of Justice and Equality, James Browne T.D., stated last month that the Irish Government plans to create a gambling regulator by the summer of 2021 and will initially cover the cost of setting it up before arranging for it to be funded by the industry.  The Government is expecting to commit between €8 million and €12 million to the project “in the first few years”.  The minister stated that the Government wants to “give [the regulator] lots of flexibility”.

The Government also plans to introduce additional gambling legislation at an unspecified time in 2021. According to media reports, the new legislation could include:

McCann FitzGerald will continue to keep you updated on any further developments.  In the meantime, please contact us if you would like to discuss any potential implications for your business or clients in Ireland. 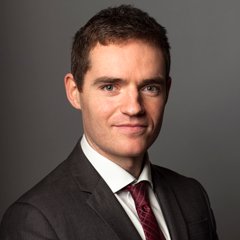 The Gaming and Lotteries (Amendment) Act 2019