Headhunting and the Battle for Talent – Important Court Case

The UK Supreme Court has this week issued a decision on the validity of a non-competition clause in employment contracts. The decision, which has been widely welcomed by employers, will enable employers to continue to use non-competition clauses with senior employees who leave to join a competitor. In essence the Court allowed unreasonably wide words to be severed from a post-termination provision in circumstances where this would not have a major impact on the overall effects of the restraints.

In 2003, Mary-Caroline Tillman was hired as a consultant by a headhunter, Egon Zehnder. Ms Tillman was promoted to joint global practice head in 2012. Her employment contract included a 6 month non-competition covenant which restricted her ability to be “engaged or be concerned or interested in any business carried on in competition with any of the businesses” of Egon Zehnder.

In 2017, Ms Tillman left Egon Zehnder. She told them that she would begin working with a competitor firm and would not comply with the non-competition covenant as it was an unreasonable restraint of trade. Egon Zehnder sought and obtained an injunction to prevent Ms Tillman’s proposed employment in breach of the restriction. That injunction was set aside by the Court of Appeal which took the view that the words “interested in” precluded Ms Tillman from holding even a minor shareholding in a competitor. On that basis, the court’s view was that the restriction was unreasonably broad.

The Court of Appeal’s decision was appealed to the UK Supreme Court which was asked to consider whether the words “interested in”, being the unreasonable element of the restriction, could be severed from the clause, thereby enabling the remainder of the clause to be enforceable. In a decision that has been widely welcomed by employers, the UK Supreme Court found that those words could indeed be severed, which saved the remainder of the clause.

In doing so, the UK Supreme Court reversed a long established authority and clarified the correct approach to severance in restraint of trade cases applying these criteria:

While the Tillman decision provides welcome clarification for employers, it is of course a UK decision which may or may not be followed by an Irish court. Nonetheless, it will be a persuasive authority to an Irish court if similar issues were to arise here. 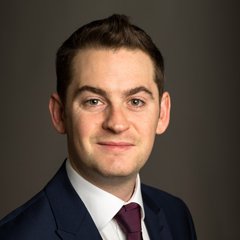 The Programme for Government: What Should Employers Expect?