Significant Supreme Court Decision on the Scope of Whistleblower Protection

The Supreme Court recently had its first opportunity to comment on the Protected Disclosures Act 2014 (the “Act”) and the judgments in the case should be carefully considered by those dealing with protected disclosures.

What is a protected disclosure?

A protected disclosure under the Act is defined as a disclosure of ‘relevant information’ made by a worker in the manner specified. ‘Relevant information’ is such if, in the reasonable opinion of the worker, it tends to show ‘relevant wrongdoing’ and came to their attention in connection with their employment. Among the matters defined as ‘relevant wrongdoings’ are, for example, failure to comply with a legal obligation, or danger to the health and safety of any individual.

In brief, the complainant in the case had been a butcher employed in a meat factory whose work involved ‘scoring’ a high volume of animal carcasses each day. He claimed that he was dismissed as a result of indicating that he was in pain arising from his work and seeking a change in his role. His employer however argued that he had not indicated that his pain arose from his work and was dismissed for having walked off the production line without allowing management to address his request.

Before the Labour Court, the complainant sought to challenge his dismissal on the grounds that it amounted to penalisation under the Act. However, the Labour Court decided that the communication in question did not constitute a protected disclosure ‘because it did not disclose any wrongdoing on the part of’ the employer and that the communication in question ‘was in fact an expression of grievance and not a protected disclosure’. This decision was upheld by the High Court and appealed to the Supreme Court which has now remitted the case to the Labour Court.

The scope of the legislation

Hogan J in the Supreme Court commented that while there were indications in the Act that the legislature had sought to exclude from its ambit complaints which relate to the worker’s contract of employment, these were anomalous. He commented that ‘many complaints made by employees which are entirely personal to them’ could amount to protected disclosures, including complaints by an employee that his or her own personal health or safety is endangered by workplace practices. He noted that it was implicit in the Long Title of the Act and in some of its terms that the legislature had envisaged that most complaints under the Act would relate to matters of general public interest, however the Act is not so confined.

The Court noted that the Code of Practice on Protected Disclosures (the “Code”) refers to a distinction between protected disclosures and grievances (the latter said to be ‘specific to the worker’) and that it appeared that the Labour Court had been influenced by this consideration, notwithstanding that no such distinction is drawn by the Act. Hogan J noted that the Code therefore did not accurately reflect the terms of the Act and misstated the law. This he said led the High Court into error in reaching the conclusion that a purely personal complaint regarding workplace health or safety essentially fell outside the scope of the Act.

Having clarified the law, the case was remitted to the Labour Court to determine if the utterances here did in fact amount to a protected disclosure. In conducting this assessment, Hogan J stated that ‘words cannot be taken purely in isolation, as there was a context of the complaints which had been made by Mr Baranya in the months which preceded his dismissal’. On one view, the complaint that he was in pain could, he proposed, only realistically be linked to (an implied) complaint in respect of workplace health and safety. Organisations should, therefore, be alive to the possibility that a protected disclosure will arise where complaints, although in the nature of a personal grievance, raise workplace health or safety concerns, whether expressly or by necessary implication.

The case reflects the difficulty that organisations experience in understanding when a protected disclosure has been raised. This difficulty is likely to be compounded when, in the coming months, the Whistleblowing Directive is transposed in Ireland, and the Act amended accordingly, giving rise to enhanced obligations on organisations regarding the processing of such disclosures.

The Code is likely to require amendment in light of the judgment. Interestingly, the General Scheme of the Protected Disclosures (Amendment) Bill which is intended to transpose the Directive provides, in line with the Directive, that a matter is not a relevant wrongdoing if it concerns ‘interpersonal grievances exclusively affecting the reporting person, namely grievances about interpersonal conflicts between the reporting person and another worker and the matter can be channelled to other procedures designed to address such matters.’

The concurring judgment of Charleton J in the Supreme Court notes that the protection of personal and public interests under the Act “does not conform with what the ordinary understanding of the protection of whistleblowers requires and furthermore, it may not be sensible” and suggested that it would be sensible to confine ordinary and personal workplace complaints to the existing laws enforcing safety rather than the “extreme protections attendant on” the Act.

This view is likely to be shared by many organisations with experience of protected disclosures. Indeed, the equivalent legislation in England was subject to an amendment in 2013 as a result of which qualifying disclosures require not only the reasonable belief of the worker but also a reasonable belief that the disclosure is made “in the public interest”.

The case is likely to prompt renewed discussion on the scope of the Act at a time when amending legislation is already being drafted as a priority for the purposes of implementing the Directive. The Minister for Public Expenditure and Reform recently indicated that such legislation can be expected in the first quarter of 2022. In the meantime, organisations should be mindful of the broad circumstances in which the protections of the Act may apply. 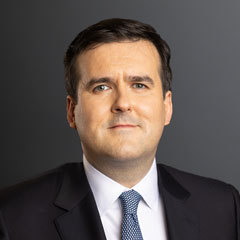 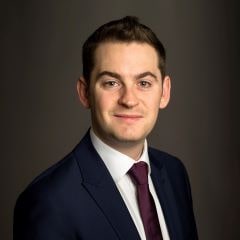