On 25 November 2021, the Central Bank of Ireland (the “CBI”) published Consultation Paper no. 145, ‘Macroprudential measures for the property fund sector’ (“CP145”) (here). The CBI states that the proposals set out in CP145 aim to safeguard the resilience of the property fund sector to enable it to better absorb future adverse shocks and serve its purpose as a ‘valuable and sustainable source of funding for economic activity'. The consultation process will run until Friday 18 February 2022. Once submissions are received and assessed, the CBI proposes to introduce macroprudential measures applicable to the property fund sector through existing legislation and additional guidance (outlined in further detail below). Depending on the CBI’s priorities and commitments, it is not unreasonable to expect that these measures could be introduced as soon as Q2/Q3 2022 (subject to the three year transition period referenced below).

For the purposes of CP145, “Property Funds” are defined as alternative investment funds (“AIFs”) domiciled in Ireland, authorised under domestic legislation and investing over 50 per cent directly or indirectly in Irish property assets. The proposals in CP145 are intended to target two areas of financial vulnerability identified by the CBI in the Property Fund sector – leverage and liquidity mismatch.

The CBI proposes introducing a 50 per cent limit on the ratio of a Property Fund’s total loans to its total assets (the “Leverage Limit”).

The CBI plans to implement the Leverage Limit by utilising Regulation 26 of the European Union (Alternative Investment Fund Managers) Regulations 2013 (the “AIFM Regulations”) which enables the CBI to impose:

The CBI proposes to introduce a three year transition period to give existing Property Funds sufficient time to adjust in an orderly manner. The CBI notes that the proposed transition time is ‘materially longer’ than is generally given to funds to comply with new regulatory requirements.

Those Property Funds exceeding the Leverage Limit at a specific date would be subject to an assessment under Regulation 26 of the AIFM Regulations and would be required to put in place a plan to reduce their leverage within the three year timeframe. New Property Funds will be required to ensure their operations and related fund documentation are structured so as to comply with the Leverage Limit at authorisation.

The CBI notes that Regulation 18 of the AIFM Regulations outlines AIFMs’ obligations with respect to liquidity management in AIFs and requires an AIFM to ensure that, for each AIF that it manages, the investment strategy, the liquidity profile and the redemption policy are consistent.

However, the CBI has observed significant variation in whether Property Funds align redemption policies with the liquidity profile of the assets. The CBI proposes issuing a ‘Guidance on redemption terms for property funds’ which will outline how Regulation 18 should be applied to avoid liquidity mismatch (the “Guidance”). The Guidance is set out in Annex 1 of CP145.

The Guidance provides that those Property Funds which are open-ended with limited liquidity should have liquidity timeframes that explicitly allow for a ‘significant timeframe’ between the point at which an investor can submit a redemption request for a particular dealing day and the point at which investors should expect to receive redemption proceeds. The Guidance states that the CBI expects Property Funds to provide for a liquidity timeframe of at least 12 months, taking into account the nature of the assets held.

The Guidance also highlights factors the Board of an AIFM should take into account when considering what structure may be most appropriate for a Property Fund (ie, closed ended or open ended with limited liquidity) including:

Both new and existing Property Funds would be required to follow the Guidance.

The CBI states that the Guidance would be subject to on-going monitoring and/or thematic review. The CBI leaves the option open to introduce further regulation at a later stage, if required.

The CBI emphasises that implementation of the proposed measures is intended to increase the resilience of the Property Fund sector. In addition, the CBI contends that the proposed three year transition period should limit the impact on existing Property Funds with higher levels of leverage.

As advised, the consultation process will run until Friday 18 February 2022.  It is expected that a significant number of submissions will be made to the CBI in response to CP145, including from Irish Funds and member firms, outlining concerns with respect to the proposed new rules, particularly in relation to the 50% Leverage Limit which is considered by Industry to be particularly challenging, given that a 50% limit is significantly lower than standard borrowing/LTV levels currently employed by existing Property Funds.

Clarifications will also be required in respect of certain aspects of CP145. For example, p21 of CP145 states that it is expected the Leverage Limit ‘would most commonly be applied as an ‘adjusted gross leverage’ limit’ and provides some further detail in the footnotes. In addition, the definition of Property Fund refers to ‘investing over 50 per cent directly or indirectly in Irish property assets’, presumably this formula refers to investing over 50 per cent of GAV. Clarifications of both formulas will be key to assessing the potential impact of the proposals.

The Governor of the CBI recently acknowledged that the CBI needs to proceed cautiously in this area and stated that “this is a new frontier for macroprudential policy” (here). On this basis, the Governor emphasised the importance of the consultation process and confirmed the CBI intends “to take the time first to listen and reflect”. As a result, it appears the feedback process for CP145 will be critical and stakeholders should note that submissions will be accepted by the CBI until Friday 18 February 2022. 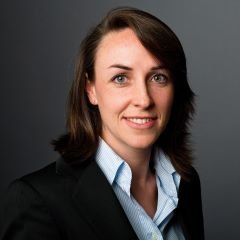