COVID-19: The Test for Mandatory Interlocutory Injunctive Relief from the Irish Courts

During the current crisis, the High Court will continue to deal with certain urgent applications including injunctions and their enforcement. Where disputes arise, parties may now be looking at their options in relation to the availability of urgent mandatory orders from the courts, pending trial.

The test for the grant of an interlocutory injunction in Ireland is set out in the Campus Oil principles, as recently restated by the Supreme Court in Merck Sharp & Dohme v Clonmel Healthcare.1 Under that test, an applicant for a prohibitory interlocutory injunction must among other things demonstrate that there is a “fair question to be tried” between the parties to the dispute.

However, this aspect of the test is modified where the applicant is seeking a mandatory injunction. In those circumstances, the applicant must show the court that he has a “strong case” that it is likely to succeed at the hearing of the action.2  This was explained by the Supreme Court in Okunade v Min for Justice.3

“In a normal case the court must, inter alia, feel a high degree of assurance that at the trial it will appear that the injunction was rightly granted; and this is a higher standard than is required for a prohibitory injunction.”

This higher standard is imposed as the courts have recognised that this particular type of injunction can impose a burden on a defendant that may not be easy to undo and can result in injustice if it later transpires that the injunction should not have been granted. This was explained in Allied Irish Banks Plc v Diamond.4

“It may well be that the logic behind that departure from the normal rule can be found in the added risk of injustice that may arise where the court is asked not just to keep things as they were by means of a prohibitory injunction but to require someone to actively take a step which may, with the benefit of hindsight after a trial, turn out not to have been justified. The risk of injustice in the court taking such a step is obviously higher. In order to minimise the overall risk of injustice the court requires a higher level of likelihood about the strength of the plaintiff's case before being prepared to make such an order.”

However, as also explained in Okunade, this higher test does not in general involve the court engaging in a detailed analysis of the facts (or indeed of complex legal questions) at an interlocutory stage in a manner that might be more appropriate to the trial. Rather, it obliges the plaintiff to put forward, in a straightforward way, a case which meets the higher threshold.

Moreover, in restating the Campus Oil principles, the judgment of O’Donnell J in Merck (see our related briefing here) makes it clear that regardless of the type of interlocutory injunction that is sought, the courts should seek to avoid a mechanical, formulaic application of principles in a rigid or inflexible way which might operate to produce a result that does not actually meet the justice of the case - because minimising the risk of injustice is the essence of the court’s jurisdiction to grant an interlocutory injunction, in advance of trial.

To the extent that it might be said that the test for a mandatory injunction has been modified and put in context by the Supreme Court in Merck, that is arguably consistent with the approach in the UK, in particular the Privy Council in its judgment in National Commercial Bank Jamaica Ltd v Olint Corporation.5 There, Lord Hoffman made it clear that arguments over whether the relief sought was prohibitory or mandatory can be unhelpful, and that the court’s task was to identify the course of action which was likely to result in “the least irremediable prejudice to one party or the other”. 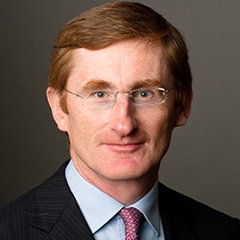 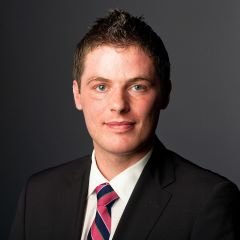