In this briefing we outline the principal considerations for corporate finance documentation with a UK connection in the post-Brexit world.

Jurisdiction Clauses and Enforcement of Judgments

Arguably the most significant change (for documentary purposes) is that the United Kingdom (“UK”) no longer benefits from the mutual recognition of choice of court agreements (or “jurisdiction clauses”) and judgments which exists between EU Member States on foot of the Brussels Recast Regulation.1  Of course, this does not necessarily mean that UK jurisdiction clauses and judgments will not be recognised (in fact Irish common law is relatively accommodating in this regard) but the EU law mechanisms that make such recognition and enforcement a smooth process will no longer be available.

The UK has also applied to join the “Lugano Convention”,4 which would expand the circumstances in which UK jurisdiction clauses and judgments are recognised within the EU (though still not providing all the benefits of the Brussels Recast Regulation).  The EU’s decision as to whether to accept that application is expected by the end of April 2021.

The Bank Resolution and Recovery Directive7 (“BRRD”) contains wide-ranging recovery and resolution powers for European Economic Area (“EEA”) regulators to facilitate the rescue of a failing EEA financial institution.  These powers will be effective in respect of any liabilities under a document governed by the law of an EEA country regardless of the terms of that document.

Article 55 requires EEA financial institutions to include a contractual “Bail-In Clause” in almost every finance document to which they are a party where the document is governed by the law of a non-EEA country (such as UK law).  Consequently, financing transactions governed by UK law and involving EEA financial institutions will generally require the insertion of a Bail-In Clause.

While not a documentation-specific point, it is important that UK lenders consider their regulatory position following Brexit.  This may impact on transaction structuring, especially as a matter of Irish law, if the proposed borrower is a natural person, or the terms contemplate a UK lender taking deposits in Ireland or the transfer of an SME loan.

Financial services regulatory issues and the relevant aspects of the EU-UK Trade and Cooperation Agreement are considered more fully in our separate briefing on that topic (here).

While Brexit undoubtedly adds complexity, corporate financing transactions with a UK element (whether that be the use of English law / jurisdiction clauses; or the involvement of UK parties) are certainly still viable in the Irish market.  The Irish legal system has long been accommodating of non-EEA-law financing transactions (as evidenced by the significant amount of US-law financing work that involves Ireland) and will consequently readily adapt to the UK’s third country status. 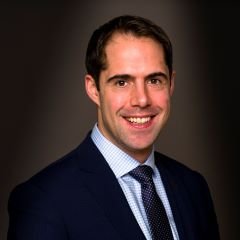